The Bargesh is also known as the Hyena.

The Bargesh are agile hunters in the wild, working in small packs to take down prey larger than themselves. Even though they don't have the greatest physical strength, their tenacity in battle is something to be admired. No matter how wounded they are, bargesh will continue fighting up to their final breath.

The Hyena does not pose much of a treat with it's small damage and hp, however it has a big aggro range which will make the life of new players all the more difficult.

They can be outrunned by any player.

The Bargesh is a carnivore and prefers the following food while taming:

Knocking out a bargesh is relatively simple, the creature itself doesn't run fast enough to outpace you while moving backward so load it up with hooked arrows until it becomes fatigued. This should take less than 10 stone hook arrows even for a level 120.

The Bargesh can collect a moderate amount of hide and raw meat off fallen creatures.

They aren't very fast mounts, but will spare your stamina still. Using them for combat is a questionable idea unless you had a pack of them - Unless it's their empowered rare variant.

The bargesh can fill the following roles for early-mid game adventurers: 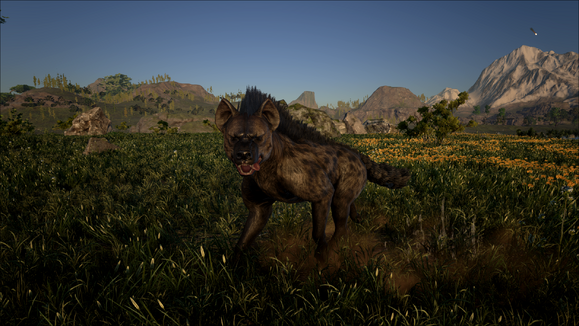