Many creatures living in swamps and jungles will take the initiative to ambush other creatures, especially if they happen to intrude into their territory. Don't worry though, a boa's attacks aren't very strong. - (Text from the press kit)

While less dangerous than its prehistoric predecessor, the boa is a common creature found in the swamps and mushroom forests in the Elven Kingdom. While small, can catch weary adventurers off guard by quietly slithering out from the swamp, or attacking beneath the water's surface. 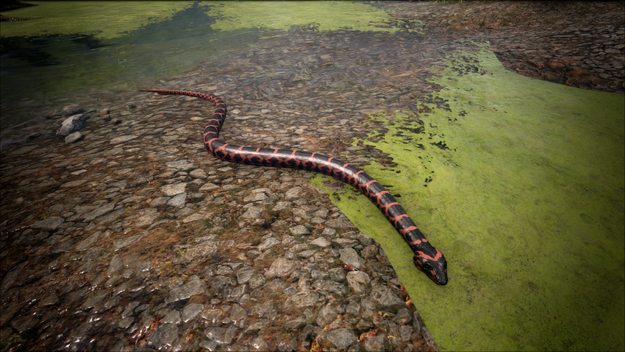