The Fire Lord is an abomination from the realms of fire, set free by the constant clashing of magic brought on by the downfall of Gaia. This beast is often found in Swamps, The Mushroom Grove, and the Volcano Islands. The Fire Lord is a powerful being with a body made of fire, dealing potentially severe damage to players and creatures alike. The advantage of fighting this beast is its sheer size and heavy set movement, allowing a Rogue or Ranger, to make quick work by rolling and avoiding his strikes, or Firing at the beast from a safe distance.

This creature will drop

The Fire Lord can be tamed. They can be tamed by damaging it until it has less than 20% of health. Once his health is lower than 20% use a Soul Suppress Stone to get its soul. Once you get the Fire Lord soul, place the Soul Suppress Stone inside the Summoning Pool with what ever resources it requires to revive it. You will also need Magic Essence to power up the Summoning Pool. 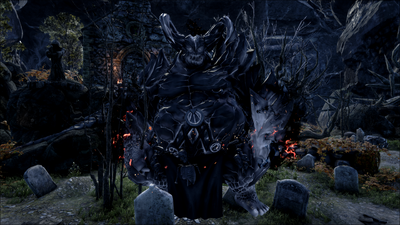 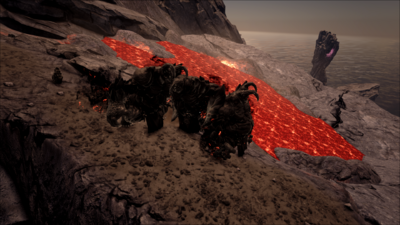 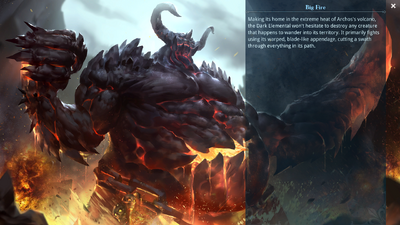